If it’s true that small things pack a punch, then SWF’s newest machine has just KO’ed every single-head that came before it. The ES-Series, launched in late 2019, elevates the capabilities of single-head commercial embroidery machines to a completely new level.

The SWF ES-Series also has a secret weapon that no other single-head on the market currently offers: Wifi Networking. This innovative feature allows users to connect up to 200 machines to one computer, transfer designs seamlessly from computer to machine and monitor machine progress. 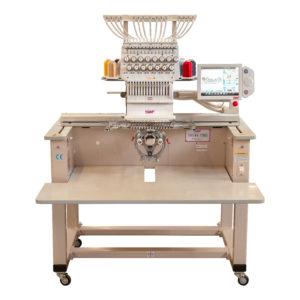 The SWF ES-Series is ideal for start-ups, small- to mid-size shops, as well as larger businesses tackling short-run jobs. It’s available in both compact (SWF/ES-T1501C) and regular models (SWF/ES-T1501) to fit any footprint. Learn more and explore financing options: https://stitchitintl.com/es-series/